Well, that’s a challenge for my humbly developed coffee palate. Two classy, light roasted coffees, roasted from the ”same“ beans. The Bifdu Gudina beans come from the Oromia Coffee Farmers Cooperative Union in Agoda (in the very North of Ethiopia). The cooperative consists of 130 smallholder farmers. The Ethiopian Heirloom varietal coffee is traditionally grown using organic practices and seemed to be picked together with native coffee of forest origin.

Over all as a beginner it isn’t that easy for me to describe the details of the tasting differences between these delicious coffees. Both have floral, spicy tastes and seem to me pretty well balanced, though complex. I wish I could describe that even better… The Koppi one is described by the roasters as having also a black tea aroma. And ”Darjeeling“ was indeed one of my first impressions while comparing it side by side with the Five Elephant roast. The Koppi roast to me felt a little bit more harsh, rocky and herbal while I thought the Five Elephant was a little sharper and uniformed/consistent. A look on the beans from both bags even visually confirmed what associated. The size variation in the Koppi bag was significantly larger. Might be a coincident and just related to my specific batches but still enlightening for me. (Also honestly I can only vaguely guess that having large and small beans in the same roaster would give a notably different result than having even sized beans of the same kind).

I can’t say I like the Five Elephant Bifdu Gudina better for that reason. For sure it tasted a little bit more familiar to fruity Yirgacheffes I often drink and like compared to the Koppi. Both coffees a great choice and I’ll definitely dig deeper in my palates development. And I keep on trying to get coffees which are same same but different to learn from the small differences about what I like in a coffee. 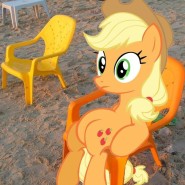